Will Washington Act to Shore Up Semiconductor Manufacturing? 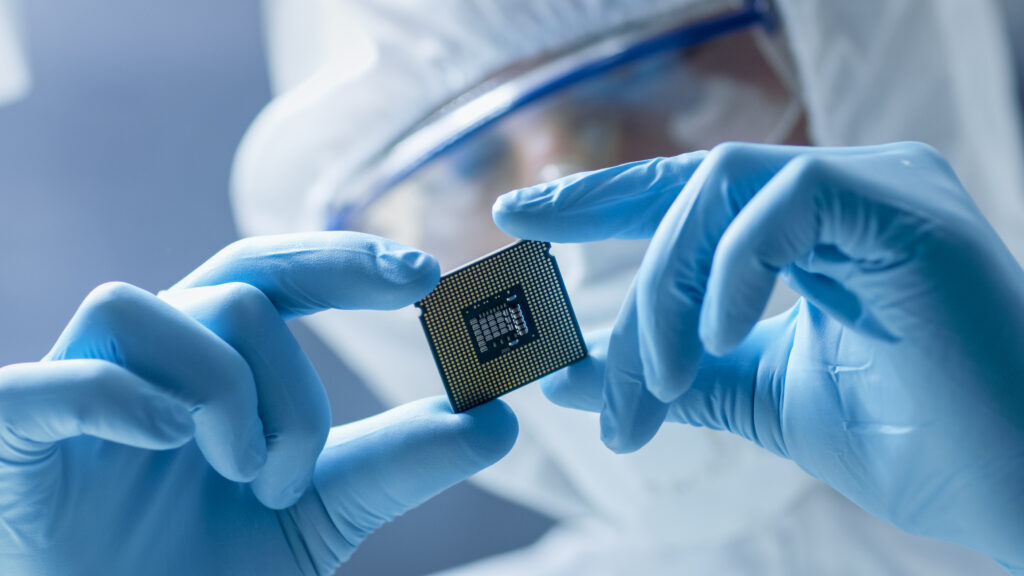 An interesting story published Monday by Axios details the manufacturing problems faced by Intel, the semiconductor company whose continued dynamism is kinda crucial to national economic competitiveness. That may seem like a lot of weight to place on a single firm, even one that’s worth as much as Intel – but when you consider the context, perhaps it’s not?

The Axios article does a good job of providing that context. It explains the company has run into a number of production problems in its recent lines of chips. Competition is fierce in the semiconductor industry – Chinese firms pour a ton of resources into research and development in an effort to supplant their American rivals as the sector’s dominant players – and Intel is coming under a lot of pressure to outsource the manufacturing of its chips in order to keep pace with them.

Other American companies already do this. AMD develops chips but outsources their production, or fabrication, to chip foundries in Taiwan. So does Qualcomm, a San Diego-based company whose chips go into mobile phones, which was almost bought up by a Singaporean company a few years ago before the Trump administration squashed the deal citing national security grounds. The stated worry at the time was that Qualcomm’s massive research and development budget would get slashed as a result, giving Chinese telecom company Huawei an insurmountable edge in the development of 5G technology.

Concerns about competition in tech haven’t abated in Washington. The Department of Defense just put out a report on “industrial capabilities” that singled out the offshoring of chip fabrication in the past 30 years as a significant error. Last summer, the bipartisan Creating Helpful Incentives to Produce Semiconductors (CHIPS) for America Act was introduced to Congress; it would have set aside approximately $23 billion in aid to help chip manufacturers build foundries in the United States. A few months later, a bill proposed by Senate Democrats meant to support American industries competing with Chinese rivals set aside $16 billion for new foundries. And the most recent National Defense Authorization Act – our annual gargantuan military spending bill – includes a provision that authorizes funding for chip manufacturing and research, the Axios story reports.

Intel historically has both designed and manufactured its own chips, noted CNBC recently, and some of its well-moneyed investors are urging it to consider outsourcing production in order to boost profits.

Will the expected federal manufacturing incentives be enough to encourage it to kibosh its offshoring plans? Eh, probably not all of them. But it has encouraged Samsung, the South Korean company that makes everything from semiconductors to cars to washing machines, to consider a $10 billion investment in a cutting-edge chip foundry in Texas:

Samsung is taking advantage of a concerted U.S. government effort to counter China’s rising economic prowess and lure back home some of the advanced manufacturing that over the past decades has gravitated toward Asia. The hope is that such production bases in the U.S. will galvanize local businesses and support American industry and chip design. Intel Corp.’s troubles ramping up on technology and its potential reliance in the future on TSMC and Samsung for at least some of its chipmaking only underscored the extent to which Asian giants have forged ahead in recent years.

The idea behind the serious money being discussed by Washington is that it’s important to keep chipmaking a thing in the United States because the actual, hands-on, lived- and learned-experience knowhow is invaluable. It’s not like semiconductor foundries employ millions of people, but these chips are essential to the function of modern electronics. And you need a well-trained workforce to maintain foundries and turn them out.

We’ll be keeping an eye on federal incentivization plans for the semiconductor industry. Read the Axios story here.

Malcolm is a content marketer who loves to share industry insights through his blog. He has worked in a number of industries, and has a wealth of knowledge to share with others. Malcolm is also an avid reader, and loves to learn new things.

Renewed Interest in Made in America Was a Boon to Small Manufacturers During COVID-19. But Will It Continue?

Which material is better for CNC machining project?

The Different Types of Rebar You Can Use...

Use A Ricoma Embroidery To Earn A Name

What is Cold Plate and How to Buy...

How to Choose the Best Boxing Dummy

The Evolution of Brake Chambers